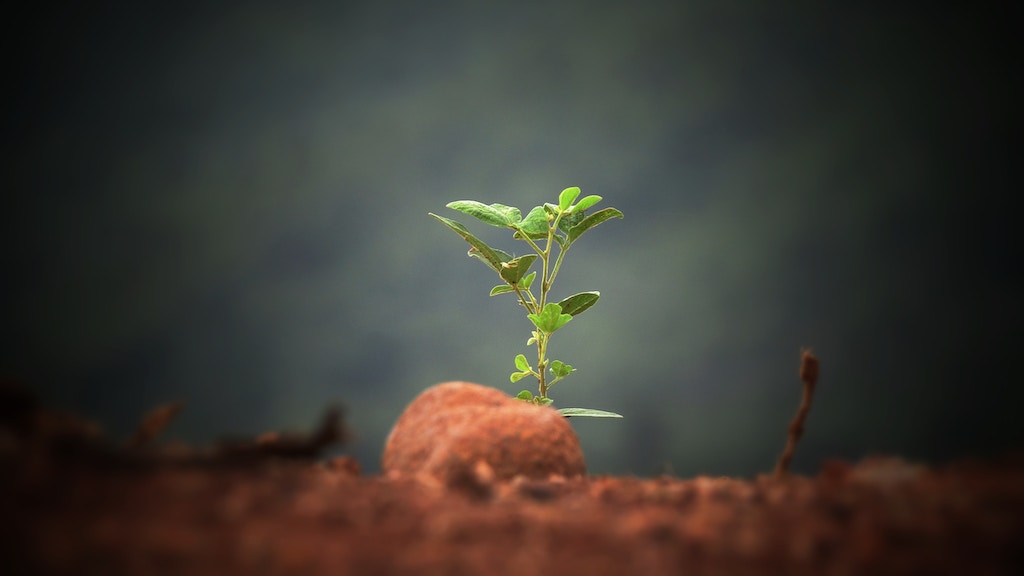 The theme of the book of Jonah is the compassion of the Lord.

In Jonah 4, God kindly provides Jonah with an object lesson, a real-life tutorial in what his mercy looks like. Jonah exits Nineveh and makes a shelter for himself, a sit-in protest against God’s mercy on the Ninevites. Even though the Ninevites are turning to God in repentance, Jonah holds out hope God will eventually come to his senses and send down fire to consume the them for their wickedness.

That’s where the object lesson begins.

Now the LORD God appointed a plant and made it come up over Jonah, that it might be a shade over his head, to save him from his discomfort (verse 6). Just like the fish in chapter 2, God appoints nature to come to the rescue of his servant. Jonah is exceedingly glad (verse 7). His salvation from the heat of the sun causes him to rejoice with happiness. The mercy of God towards Nineveh? Jonah is exceedingly displeased. The mercy of God towards him? He eats it up.

God is not done his “appointing.” The very next day, after a reprieve from the sun, God appoints a worm to attack the plant so that it withers. This leaves Jonah with no more shelter from the beating sun and he grows faint under its heat. The sun is bearing down on him mercilessly, just like he desired God’s justice to bear down mercilessly on the Ninevites. And whereas he was devastated by God’s lack of judgment towards Nineveh, he’s devastated now by God’s lack of mercy towards him. He’s so angry that God would have the nerve to destroy his plant and take away his shade.

God’s still not done “appointing.” Verse 8: God appointed a scorching east wind, and the sun beat down on the head of Jonah so that he was faint. The sun is beating down on him. There’s no relief. And so he says,  “It is better for me to die than to live.”

So God says in verse 9, “Do you do well to be angry?” Jonah answers, “Yes, I do well to be angry, angry enough to die.” He digs in. So what is God’s retort? He turns the tables on Jonah, showing him just how shallow his understanding of mercy is. He rolls out the results of the object lesson. Verse 10: “Jonah, you pity the plant, for which you did not labor, nor did you make it grow, which came into being in a night and perished in a night.”

The Lord is saying, “Jonah, you loved that plant. You loved your comfort. You loved me for caring for you.” “Should not I pity Nineveh, that great city, in which there are more than 120,000 persons who do not know their right hand from their left, and also much cattle?”

“Jonah, you were angry a plant died. Don’t you see how terrible it would be to allow a whole city to perish? Jonah, do you know who I am? Do you remember how Nineveh’s sin and wickedness rose up before me? Do you see how I have had every right to be angry with them and to kill every last living thing in that city? But do you see how I have had mercy on them? What right do you have to withhold mercy from those on whom I have poured out my grace?”

This is the mercy of God towards his enemies. Every one of us is an enemy of God. We have decided to run our own lives, to sit on the throne of our own kingdoms. Yeah, God might play a part in our lives. But he has a subordinate role to ours. He’s not the King. He serves us.

But we read in Romans, chapter 5, that while we were still sinners, Christ died for us, that while we were enemies we were reconciled to God by the death of his Son. We deserved God’s judgment, just like Nineveh. But God reached out to us in extreme mercy and gave his Son to bear our punishment. We know God’s mercy now, not his judgment. Christ took that judgment for us if we would turn in repentance to him.

Do you see how full of compassion God is? He went after Jonah and he went after Nineveh and then he went after Jonah again. And, Christian, he’s gone after you as well. And the Christians in your life. Jesus has died for his own, even those who have wronged you. Will you withhold forgiveness and nurse bitterness against someone when God has poured out forgiveness on them, when he has hammered out all his anger meant for that person on his Son? Are you God that you would hold something against someone when even he doesn’t anymore?

Now, of course, the process of forgiveness and reconciliation will be messy and hard. Particularly when it comes to matters of abuse and violence, forgiveness may not mean a restored relationship. But, regardless of that, what is the posture of your heart towards that Christian who has sinned against you? Do you long for them to know God and be restored? Or do you secretly wish they would receive their comeuppance?

We are all fans of mercy until it’s extended to those we hate. We’re all fans of God’s judgment until it’s focused on us and our sin. And so we might say at times with Jonah that we are angry, angry enough to die.