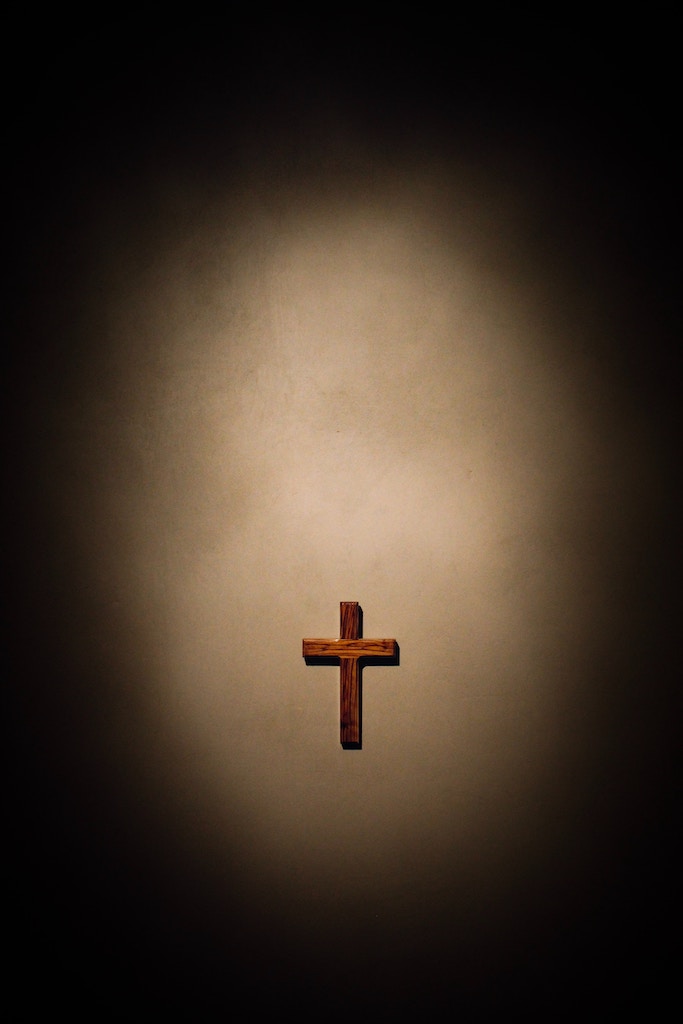 Have you ever been abandoned? Perhaps a friend deserted you when you thought she would be there for you? Maybe a parent left while you were young? Maybe one of your children has rejected your love? Have you ever been left alone by someone you loved?

In Mark’s account of Jesus’ death, we come to some stark words in chapter 15, verse 34. "And at the ninth hour Jesus cried with a loud voice, 'Eloi, eloi, lema sabachthani?' which means, 'My God, my God, why have you forsaken me?'” Throughout his entire life, Jesus had communed with his Father, been supported in prayer to his Father, and found joy in accomplishing the mission given him by his Father. But now the Father has turned his face away. Jesus has hung on the cross at this point for hours and now as the end draws near, he utters that gut-wrenching cry: “Why have you forsaken me?” Earlier, all his friends had left him. His disciple Peter had denied him. But God was still there. Until now. Why was Jesus forsaken?

First, Jesus was forsaken to fulfill the Scripture.

In this agonizing cry, Jesus is quoting King David in Psalm 22. Psalm 22 is a cry from a tortured king to his God. There we see some of the things Jesus was feeling on the cross. David writes that he was scorned, despised, mocked, that his strength was dried up, that his tongue stuck to his jaws, that his hands and feet were pierced. Jesus speaks again the prayer of David and shows himself to be the greater David who cries out to his Father in heaven. Even at this moment, Jesus is fulfilling the entire purpose of the Bible. He is coming as the greater King to save God’s people. He is coming for you and me.

Second, Jesus was forsaken so he could bear our sin.

One of the most striking verses in all the Bible is in 2 Corinthians 5:21. The apostle Paul writes, "For our sake [God] made [Jesus] to be sin who knew no sin, so that in him we might become the righteousness of God." God is holy. He cannot bear sin. In the Old Testament book of Habakkuk, the prophet speaks of God as the One who has "purer eyes than to see evil and [who] cannot look at wrong." God cannot condone sin. And yet Jesus was to be sin for us. So God could not be with him. Wayne Grudem writes that Jesus "faced the weight of the guilt of millions of sins alone." He knew not only the weight of our sin but all the consequences which that sin brings: brokenness, grief, pain. Jesus knew what it felt like to weep, to be rejected, to agonize in pain. Here we see the nature of our sin and all it deserves.

Third, Jesus was forsaken so he could be condemned by God.

We see God forsaking Jesus as he bears the guilt of our sin. But God’s distance from Jesus was not just out of hatred for sin but because he needed to then lay all his judgment on that sin. Jesus was not just to be left alone in his grief. He was to be judged in his grief. And so God’s presence in mercy and love left Jesus on the cross so that his judgment and wrath could be fully present. Jesus’ cry here is not just in a context of utter sadness that God has left but the stirring cry of experiencing God’s judgment. Joel Beeke writes, "It is the hellish cry uttered when the undiluted wrath of God overwhelms the soul. It is heart-piercing, heaven-piercing, and hell-piercing… All the sins of the elect, and the hell that they deserve for eternity, are laid upon Him."

Fourth and finally, Jesus was forsaken so we would never be.

All the sins of those who would trust in him were laid on Jesus. If you’re in Christ, your sin—past, present, and future—has been laid on him. He experienced the full wrath and judgment you and I deserved so we would never need to face it. Even though we have forsaken him time and time again, he took on our forsakenness so we would never have to know God’s silence.

Jesus cried out at the ninth hour and heard no reply so we can now cry out at any hour and know God hears us. Jesus cried out so that even our whisper can be heard by God. Jesus cried out to his God so we could call his God our God. If you have never trusted in Jesus, you will be forsaken by God’s mercy forever. Trust in him before it’s too late. See your sin placed on him instead of you.

And fellow brothers and sisters in Jesus, in Christ you will never be alone again. You may have been rejected by others. You will certainly not be forsaken by your God. I’m sure there have been moments when you have prayed a prayer like this one, when you have cried out, “God, where are you? You can't possibly be involved in what’s happening to me right now?” But even in your fear, you can be assured that he is present because he left Jesus.

In the last verse of How Firm a Foundation, the hymn writer speaks of God as saying to the believer, “The soul that on Jesus hath leaned for repose / I will not, I will not desert to its foes / That soul, though all hell should endeavor to shake / I’ll never, no never, no never forsake.” Jesus was forsaken so we would never be.

Pressing On Towards the Finish Line

Who Will Get the Credit?